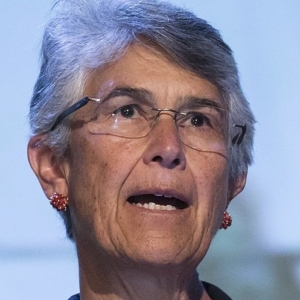 After studies in Educational psychology at the University of Quito,[3] she became involved in environmental issues. She was a founder of the Fundación Natura in Quito and was its executive director from 1979 to 1990. At the Rio Earth Summit, she acted as NGO liaison.[5] In 1993, she was a founder of the Fundación Futuro Latinoamericano[6] (www.ffla.net) and served until 2006 as the executive president of this NGO. From August 1998 to January 2000, she served as Minister of Environment in the government of Ecuador.

Yolanda Kakabadse is also a trustee of the Ford Foundation[5] and was a board member of the LafargeHolcim Foundation for Sustainable Construction from 2004 until 2013.[10]

Faces of the Wellbeing Economy: Francesco Temperini, Rome, on multi-dimensional...