“All constitutions of government are valued only in proportion as they tend to promote the happiness of those who live under them. This is their sole use and end.” – These were Adam Smith’s words in 1790, but it appears that same view is still widely held today. According to a new cross-national survey conducted by the Nordic Council of Ministers, 70% of people in the Nordic nations agree that the promotion of human wellbeing is a better measure for a successful government than economic growth. But, perhaps more importantly, scientific evidence reveals that increased wellbeing is a better predictor of government re-election than economic growth.

As a result, governments appear to have every reason to place more emphasis on improving people’s well-being. And so they do.

Today, governments around the globe, from New Zealand to Finland, are progressively adopting the notion of the Wellbeing Economy to solve some of society’s most looming issues. In essence, a Wellbeing Economy is about using wellbeing data to inform both national strategies and greater social impact of public policies. Yet, looking across the various initiatives governments have undertaken, it can prove very difficult to detect clear similarities on goals and methodologies.

The report was commissioned by the Nordic Council of Ministers and written by the Happiness Research Institute, a Danish think tank whose mission is to inform decision makers of causes and effects of human wellbeing and make subjective wellbeing part of the public policy debate.

What is certain about the Wellbeing Economy?

The wide consensus on increasing the gross domestic product (GDP) is what currently guides policymaking and business decisions in almost all countries on the globe. A Wellbeing Economy is certain about going ‘beyond GDP’, and to complement – or even replace – the metric with a broader set of social and environmental indicators fed by the ever-growing amount of publicly available data on wellbeing. This is what enables the Wellbeing Economy to tackle some of society’s most looming issues such as loneliness and mental health problems, as well as complex climate and environmental challenges.

The current economy relies on the ‘utility approach’ to wellbeing and uses data on consumer behaviour and preferences to predict and assess the value of public policies. One intrinsic weakness of such methods is to assign a value to any kind of phenomenon that is placed outside of the market. In that way, the accurate valuation of social connections, love or biodiversity loss – all of which are crucial for the wellbeing of humans and the planet – proves very difficult. A Wellbeing Economy on the other hand is capable of addressing and valuing these non-market challenges through empirical insights based on human experiences or objective measurements of social and environmental realities. In that, the Wellbeing Economy has a better chance to solve complex global challenges than conventional economic approaches.

What is uncertain about the Wellbeing Economy?

While it is clear that the concept of Wellbeing Economy is a beyond-GDP-approach with an untapped potential to address looming social and environmental issues, the concept also suffers from one overarching issue: it proves hard to compare and benchmark Wellbeing Economy programmes and performances across countries.

Although two Wellbeing Economies will never be identical, it is crucial that goals, performances and experiences can be compared, benchmarked and shared. What we need is to establish a ‘common language’ for the Wellbeing Economy. In the report, we argue that this necessitates shared knowledge of the many theoretical and methodological stances that a Wellbeing Economy can take, as well as a roadmap outlining what it means to transition from a conventional economy to a Wellbeing Economy.

One important point of the report relates to the goals a Wellbeing Economy should prioritize. If not GDP, what then should be the goal of policy-making? Promoting mental health and happiness, decreasing multidimensional inequalities or tackling environmental degradation and climate change? While all of these issues are important, they each demand a diverse set of – possibly conflicting – policies to address them.

The reason why these different policy priorities (and strategies to get there) exist, can be traced back to a theoretical discussion on how wellbeing is best defined. Broadly, the report informs us about three approaches, each rooted in different understandings of wellbeing: Utility, objective wellbeing and subjective wellbeing.

In a conventional economy, wellbeing is defined as ‘utility’ and is often expressed in terms of consumer preferences. The general idea is that economic growth, by providing people with a greater variety of choice, enables the general population to fulfil its desires, and thereby enhances wellbeing. This view has generated wide consensus among policymakers, scientists and industry.

For some welfare domains such as healthcare, wellbeing metrics based on the utility method will frequently place a larger value on certains domains of impact than those based on the subjective wellbeing approach. In practice, this means that the choice of method for eliciting wellbeing values indirectly influences the policy output through cost-benefit analyses. Or put differently: it does not only matter whether we value wellbeing or not, but also which definition of wellbeing we rely on.

When is a country a Wellbeing Economy?

Broadly, countries have engaged in three wellbeing initiatives. Some countries such as Scotland, the Netherlands and Germany have started to monitor wellbeing through national indicator sets. This development was especially driven by the 2009 Stiglitz-Sen-Fitoussi Commission, which advocated for the measurement of ‘beyond GDP’ indicators. However, as pure monitoring of wellbeing indicators suggests a rather ‘passive’ use, we cannot consider these countries as Wellbeing Economies.

Instead, the report makes the case that a country is only classified as a Wellbeing Economy if it uses wellbeing measures to actively inform governments’ wellbeing priorities, or to actively guide policy-making towards most wellbeing impact.

Actively informing wellbeing priorities can be done through wellbeing budgets or fiscal strategies that allocate money for areas of wellbeing such as climate protection or mental health policies.

On a ‘micro level’ wellbeing indicators can be used in cost-benefit analyses to help policymakers decide for the policies with the highest wellbeing impact. Great examples of such is the work of the treasuries in both New Zealand and the United Kingdom, where subjective wellbeing metrics have been embraced as “social values” to quantify the impact of public policy.

One of the reasons why conventional economic methodologies enjoy widespread acceptance around the world is because its applied measures – such as GDP – are easy to understand and can be applied to benchmark and compare performances across countries. The System of National Accounts (SNA) has globally diffused the way GDP is calculated and thereby provided policymakers and economists with the ‘grammar’ of the current economic language.

The Wellbeing Economy needs a similar system that provides structure, transparency and comparability. However, this structure should not only exist for the indicators used, but also for wellbeing policies and new narratives that can be applied to transition into a Wellbeing Economy. In sum, what we need is a ‘common language’ and a catalogue  that enables governments to learn- and to be inspired by each other. 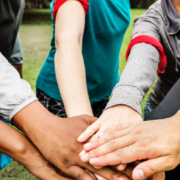 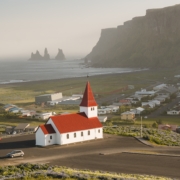 Lessons from Iceland on building a wellbeing economy 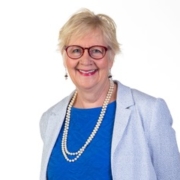 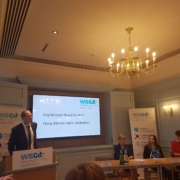 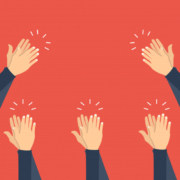 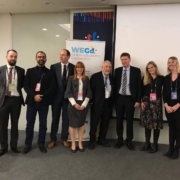 Partners for pioneering policy-making: report back from the OECD 6th World Forum on Wellbeing
0 replies

Towards wellbeing for teachers and pupils

Women in the Wellbeing Economy: Post-event reflections and recording
Scroll to top