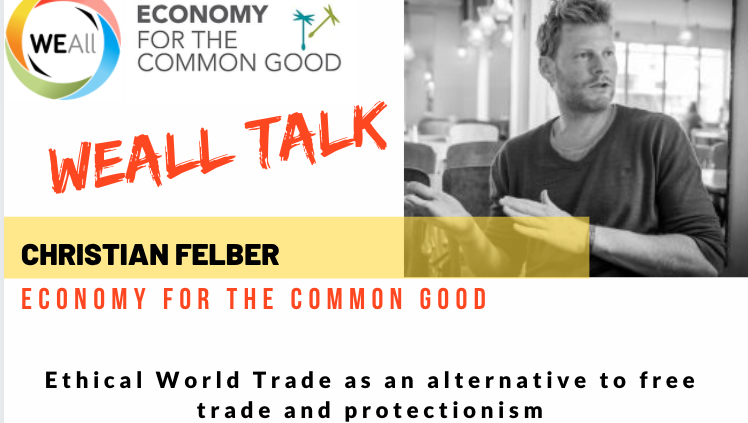 Christian Felber, author of Trading For Good and WEAll Ambassador, explained this exact concept on a WEAll Talk on Ethical World Trade.

Christian calls free trade ‘enforced trade’. ‘Enforced’ because countries that are young can be punished by international law or tribunals if they refuse to open borders.

What makes free trade so unique is that the only counter solution is Protectionism, where countries close all borders and do not participate in any kind of international trade.

These two avenues for trade are extreme and don’t offer any solution founded in protecting human rights.

The goal of free trade, according to the EU is, “progressive abolition or restrictions of international trade of Foreign Direct Investment and of lowering of customs and other barriers.”

In other words, the overarching goals of free trade laws just eliminate restrictions. You are free of any responsibility of how trade may impact local communities. Countries are convinced to open borders because “it’s good for trade!”

Instead the goal could be, “open borders because it will provide a more thriving livelihood for your community”. A country’s decision to open borders, must be their decision, not an enforced decision by the international trade organisations.

So what’s the alternative?

In a Wellbeing Economy, the goal of trade would be founded on human rights, labour rights, social cohesion, biodiversity, climate protection, and cultural diversity.

Christian advises that we must stop considering trade as the end but rather, as a means to the end; make the goals of trade to support the international laws for human rights; and then adjust the means according to that overarching goal.

This can mean that trade agreements are welcome  – if and only if they support a country’s goals. But if it puts a country at risk or the goals of that country at risk, they can opt out without punishment.

Christian proposes a new free trade defined by how open or protective a country wants to be.

While Christian spoke about the changes needed to shift business and trade at the international level toward a Wellbeing Economy, there is much work to be done at the level of individual businesses.

This month WEAll is publishing a new WEAll Business Briefing Paper, which also links to WEAll’s Business for Wellbeing Guide published last year. Both publications compile insights from experts on the important role that businesses can and must play to support the creation of a Wellbeing Economy.

These outputs, coupled together, communicate a common vision for how business and governments can work together on a global scale, to deliver global wellbeing on a healthy planet. Now it is time to act on this learning.

Stay tuned for the Business briefing paper coming out next week and the Business Guide here, and watch Christian’s talk here. 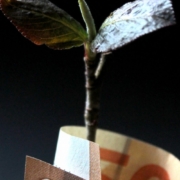 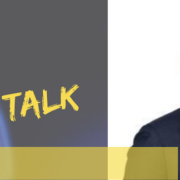