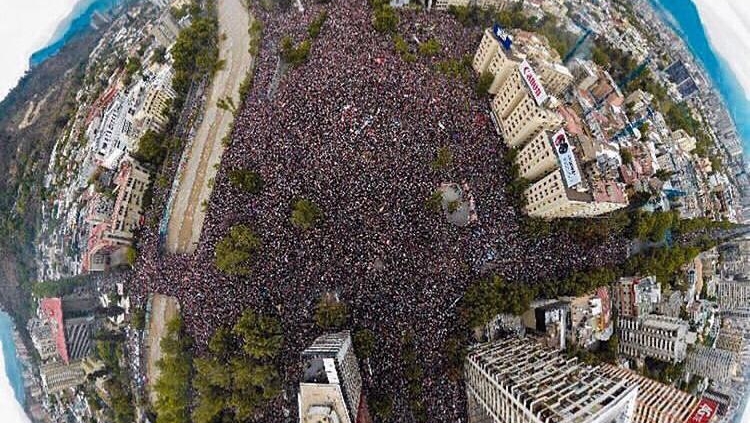 Last week thousands of Chileans took to the streets to demand action on inequality, with a focus on pay ratios. These were the biggest demonstrations in the country’s history – and unusually, they stemmed from the world of business. 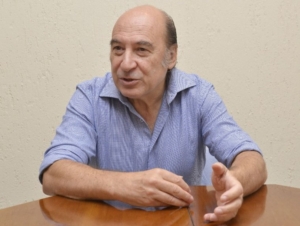 Pedro Tarak, WEAll Ambassador and co-founder of Sistema B is based in neighbouring Argentina. Sistema B works across Latin America and the globe to redefine the sense of success in economics, and Pedro explained how the current mobilisations in Chile  started with B Corp businesses:

“A few B Corps started to convene around the reduction of the salary gap and in less than 24 hrs 210 companies were on board. After 36 hours, over 330 business had commited publicly. In 64 hours, 548.

The campaign has two asks: a maximum salary ratio of 10:1 and/or minimum salary 67% higher than the minimum legal salary.

What is unique and very new is that the 10-1 Ratio has been adopted by market dynamics rather than public policy. I do not know of other regions where this has happened.”

Pedro shared emotional images and videos of masses of people in Chile hugging, creating music together and talking in small circles during the street protests: a very different picture than the one shown by international coverage of the events. On the streets, both situations co-exist: peaceful and occasionally joyful mobilisation; and also sacking of supermarkets and burning of metro stations.

“The inequality crisis is becoming as urgent and with the same level of importance as the climate crisis,” said Pedro.

“My sense is that we need to declare a global inequality crisis – it is completely intertwined with the climate crisis. We need to go to the different roots very quickly (eg. shareholders primacy).

We can’t wait for politicians, we must make deep practical and private legal changes by mobilising as individuals and communities. Of course, in theory politics is the space for large scale solutions. But when you have millions on the street, civil society alone seems not to be sufficient and the market becomes a new horizon for massive changes. The current events in Chile demonstrate that business has a role to play in bringing about system change.

When political systems are slow, we need to explore other spaces where citizens use their power.”

In less than a week, over 1200 companies in Chile have now signed up to the ’10x Challenge’ – the number continues to rise.

The campaign explains that in Chile, on average, the salary of a General Manager exceeds 30 times that of its operators and 47 times the minimum salary. It provides platforms for companies and employees alike to engage with the campaign and put pressure on business leaders to take up the challenge.

Find out more and support the campaign here.

WEAll Wales gets underway with policy recommendations for a wellbeing econo...
Scroll to top