Last week, an enthusiastic crowd in London attended the sold-out event to promote ‘The Economics of Arrival: Ideas for a grown-up economy’ by Katherine Trebeck and Jeremy Williams.

Hosted by WEAll members CUSP (the Centre for Understanding Sustainable Prosperity) and GEC (Green Economy Coalition), the event attracted academics, civil society professionals, activists, journalists and more, all keen to understand more about the need for economic system change and to engage in the debate about how we get there.

Katherine Trebeck and Jeremy Williams inspired the audience with an overview of the book’s themes and concepts. Williams explained that the concept of ‘Arrival’ is “not a promise but the possibility of having enough.” The authors argue that for many countries, there are now diminishing returns to  growth and that they ought now to focus on ‘making themselves at home’ by prioritising human and environmental wellbeing.

Trebeck made the case that our global economic system is manifestly failing to deliver – on poverty, wellbeing, health, environment, and equality. “People feel their lives are out of control. The system isn’t working,” she said.

Sharing examples such as Japan and Costa Rica to demonstrate the potential of alternative economic approaches, and ending with a positive message that economic system change is possible, the speakers certainly got the room talking with this introduction to their work.

Questions and ideas came thick and fast from those in the room who were keen to delve further into the concept of Arrival. 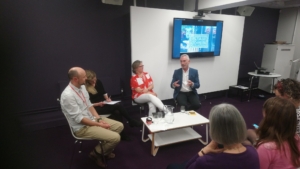 A panel discussion featuring Professor Tim Jackson of CUSP and Irene Gujit of Oxfam GB, as well as Trebeck and Williams, gave an opportunity for more exploration, as the room considered the different applications of the book’s concepts in the global south as well as tangible ways to build a wellbeing economy in the UK.

‘The Economics of Arrival: Ideas for a grown up economy’ is available from Policy Press here.

Watch a short video summarising the ideas in the book: 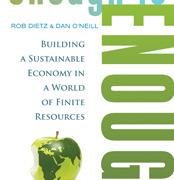 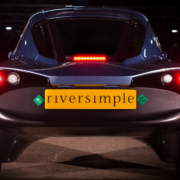 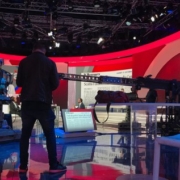 Latest update on ‘Wellbeing Economies: The Film’ – from Korea 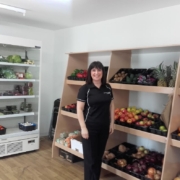 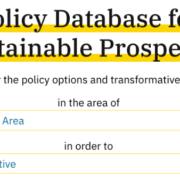