Over the last week, massive protests have  broken out in South Africa. It began with calls against the imprisonment of former president Jacob Zuma. He was sentenced to 15 months of imprisonment for contempt of court after an inquiry looking to a wide-range of allegations of corruption during his 9-year tenure from 2009 to 2018.

Zuma faces 16 charges of fraud, corruption and racketeering related to the 1999 purchase of fighter jets, patrol boats and military gear from five European arms firms when he was president. Supporters of Zuma vehemently oppose his imprisonment and have taken to the streets to protest his arrest. However, events have quickly escalated to encapsulate greater issues of poverty and inequality,.  People are frustrated, and demanding government action.

What is unfolding in South Africa is not unique, however. The ongoing insurgence in Nigeria, the ethnic-based calls for self-determination in Myanmar, the assassination of the state president in Haiti, and recent anti-government strikes in Cuba– social unrest is sparking all over the world.

What’s the root of this?

A call for democracy? Social equity?

I spoke with two WEAll members Xola Keswa and Lebohang Liepollo Pheko about their thoughts and experiences as South Africans during this time. I wanted to understand how this current disruption speaks to the larger picture of social unrest globally.

Xola explained that the uprisings initially began when supporters of former president Zuma began protesting his indictment. But as the citizen action grew, so did the scope of the frustrations. South Africans began to speak to issues stemming from COVID-19 restrictions, vaccination roll out, foreign investment deals, healthcare access, food shortages and general economic insecurity.

As it stands, more than half of the South African population lives in poverty. Unemployment is more than 32%– and South Africa holds the classification of being the most unequal country in the world, with a Gini coefficient of 63. As Liepollo said: “The dye and stitching branding South Africa as a rainbow nation is coming apart.” She adds: “This is about the crisis within the crisis.”

On the ground, people are desperate. Xola shared the urgency of what he’s seeing:

“What’s happening in South Africa is becoming a free for all. People are looting because they don’t know when they’re going to get their next meal. They were already hungry.”

“Once the food they looted is out, it won’t be replaced again.”

The chaos is resurfacing the undertones of apartheid. Since Nelson Mandela was elected in 1994, the African National Congress (ANC) has remained in power. However, while in power, their policies have not really dismantled the oppressive economic structures of apartheid. “The ANC has a lot to answer for. There is always room to renegotiate. Always room to say no,” Liepollo said. The theory stands that if you have enough foreign direct investment, control currencies and interest rates, and do the things meant to constrict state involvement in the economy, the market will function and redistribute the wealth itself. However, these  things are not true. Yet transnational corporations and subscription to the ‘trickle down theory’ is still pervasive in South African politics. Liepollo urges the government to stop accepting this as the status  quo. When these deals continue to perpetuate inequality in South Africa it leaves a total lack of accountability and erodes the faith in South African democracy.

As a result, people are taking to the streets. They feel that the ANC has not adequately delivered on the promises that they’ve made over the last 24 years. South Africans are tired.

And as Liepollo mentioned: “There is a much deeper narrative with how states behave when they are deemed to have power over people. While South Africa is run by African people, there is an inherent radicalized disdain for black bodies.”

Which further perpetuates the historical context of racism and white power in South Africa.

How and why is this relevant for wherever you are in the world?

From the convoluted language defining ‘protests’ vs. ‘riots’ to the excessive force of military intervention, parallels can be made. Liepollo pointed out: “It’s regrettable and reprehensible that more people in the US aren’t making these connections. There are many more links to be made.”

Xola stressed: “We need to become real. The situation is real. Right now the eyes are on South Africa, but just a couple of months ago we were looking at Israel.” He continues: “We need to act as if the world is collapsing, even if it’s peaceful where you are. Act as if we’re in a state of emergency because the problem isn’t what we think it is.”

Until there are major shifts in power, resources, and land, social upheaval will continue to take place. Until the world begins to make links between economic success and social and emotional wellbeing, this will continue to happen. These things can no longer be divorced from one another. As Liepollo warns: “We have to be very careful – particularly the global north. These sorts of insurrections and fault lines will continue to manifest.” 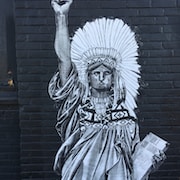 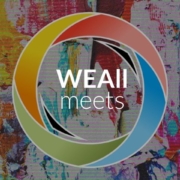 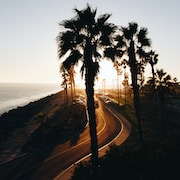 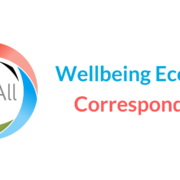 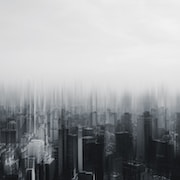 How do we ensure that a Wellbeing Economy is inherently antiracist?
0 replies

New Paper: Water in a Wellbeing Economy
Scroll to top