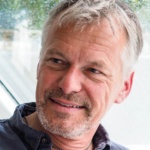 Adam Smith had an elegant idea when addressing the notorious difficulty that humans face in trying to be smart, efficient and moral. In The Wealth of Nations (1776), he maintained that the baker bakes bread not out of benevolence, but out of self-interest. No doubt, public benefits can result when people pursue what comes easiest: self-interest.

And yet: the logic of private interest – the notion that we should just ‘let the market handle it’ – has serious limitations. Particularly in the United States, the lack of an effective health and social policy in response to the coronavirus disease (COVID-19) outbreak has brought the contradictions into high relief.

Around the world, the free market rewards competing, positioning and elbowing, so these have become the most desirable qualifications people can have. Empathy, solidarity or concern for the public good are relegated to the family, houses of worship or activism. Meanwhile, the market and private gain don’t account for social stability, health or happiness. As a result, from Cape Town to Washington, the market system has depleted and ravaged the public sphere – public health, public education, public access to a healthy environment – in favour of private gain.

COVID-19 reveals a further irrational component: the people who do essential work – taking care of the sick; picking up our garbage; bringing us food; guaranteeing that we have access to water, electricity and WiFi – are often the very people who earn the least, without benefits or secure contracts. On the other hand, those who often have few identifiably useful skills – the pontificators and chief elbowing officers – continue to be the winners. Think about it: what’s the harm if the executive suites of private equity, corporate law and marketing firms closed down during quarantine? Unless your stock portfolio directly profits from their activities, the answer is likely: none. But it is those people who make millions – sometimes as much in an hour as healthcare workers or delivery personnel make in an entire year.

Many have pointed out the immorality of our system of greed and self-centred gain, its inefficiency, its cruelty, its shortsightedness and its danger to planet and people. But, above all, the logic of self-interest is superficial in that it fails to recognise the obvious: every private accomplishment is possible only on the basis of a thriving commons – a stable society and a healthy environment. How did I become a professor at an elite university? Some wit and hard work, one hopes. But mostly I credit my choice of good parents; being born at the right time and the right place; excellent public schools; fresh air, good food, fabulous friends; lots of people who continuously and reliably provide all the things that I can’t: healthcare, sanitation, electricity, free access to quality information. And, of course, as the scholar Robert H Frank at Cornell University so clearly demonstrated in his 2016 book on the myth of the meritocracy: pure and simple luck.

Commenting on how we track performance in modern economies – counting output not outcome, quantity not quality, prices not possibilities – the US senator Robert F Kennedy said in 1968 that we measure ‘everything, in short, except that which makes life worthwhile’. His larger point: freedom, happiness, resilience – all are premised on a healthy public. They rely on our collective ability to benefit from things such as clean air, free speech, good public education. In short: we all rely on a healthy commons. And yet, the world’s most powerful metric, gross domestic product (GDP), counts none of it.

The term ‘commons’ came into widespread use, and is still studied by most college students today, thanks to an essay by a previously little-known American academic, Garrett Hardin, called ‘The Tragedy of the Commons’ (1968). His basic claim: common property such as public land or waterways will be spoiled if left to the use of individuals motivated by self-interest. One problem with his theory, as he later admitted himself: it was mostly wrong.

Our real problem, instead, might be called ‘the tragedy of the private’. From dust bowls in the 1930s to the escalating climate crisis today, from online misinformation to a failing public health infrastructure, it is the insatiable private that often despoils the common goods necessary for our collective survival and prosperity. Who, in this system based on the private, holds accountable the fossil fuel industry for pushing us to the brink of extinction? What happens to the land and mountaintops and oceans forever ravaged by violent extraction for private gain? What will we do when private wealth has finally destroyed our democracy?

The privately controlled corporate market has, in the precise words of the late economics writer Jonathan Rowe, ‘a fatal character flaw – namely, an incapacity to stop growing. No matter how much it grew yesterday it must continue to do so tomorrow, and then some; or else the machinery will collapse.’

To top off the items we rarely discuss: without massive public assistance, late-stage extractive capitalism, turbocharged by private interest and greed, would long be dead. The narrow kind of macroeconomic thinking currently dominating the halls of government and academia invokes a simpleminded teenager who variously berates and denounces his parents, only to come home, time and again, when he is out of ideas, money or support. Boeing, Goldman Sachs, Bank of America, Exxon – all would be bust without public bailouts and tax breaks and subsidies. Every time the private system works itself into a crisis, public funds bail it out – in the current crisis, to the tune of trillions of dollars. As others have noted, for more than a century, it’s a clever machine that privatises gains and socialises costs.

When private companies are back up and running, they don’t hold themselves accountable to the public who rescued them. As witnessed by activities since the 2008 bailouts at Wells Fargo, American Airlines and AIG, companies that have been rescued often go right back to milking the public.

By focusing on private market exchanges at the expense of the social good, policymakers and economists have taken an idea that is good under clearly defined and very limited circumstances and expanded it into a poisonous and blind ideology. Now is the time to assert the obvious: without a strong public, there can be no private. My health depends on public health. My freedom depends on social freedom. The economy is embedded in a healthy society with functional public services, not the other way around.

This moment of pain and collapse can serve as a wakeup call; a realisation that the public is our greatest good, not the private. Look outside the window to see: without a vibrant and stable public, life can quickly get poor, nasty, brutish and short.

Dirk Philipsen is an economic historian and wellbeing economics advocate who teaches public policy and history at Duke University in North Carolina. He is also a senior fellow at the Kenan Institute for Ethics. His most recent book is The Little Big Number: How GDP Came to Rule the World and What to Do About It (2015).

This article was originally published at Aeon and has been republished under Creative Commons. 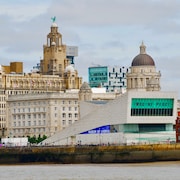 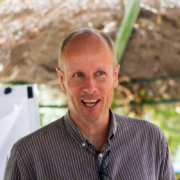 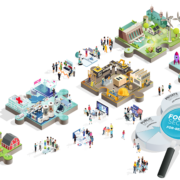 Hacking our way to a Better Economy 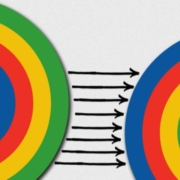 An economy for Scotland that’s better than growth? by Katherine Trebeck
0 replies

Cities CAN B launches kickstarter campaign to create “Extreme Collaboration”...