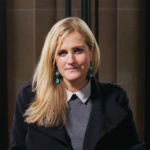 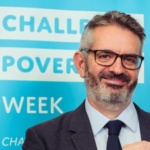 By Katherine Trebeck (WEAll) and Peter Kelly (The Poverty Alliance)

As Scottish people woke up on Hogmanay morning, Australians were going to bed to the latest news of the bushfires spreading across the east coast of the country, taking people’s homes, wildlife and acres and acres of native vegetation with them.

In Australia’s capital city, Canberra, the rolling hills surrounding it meant smoke from nearby blazes settled in the city streets, endangering the lungs of locals. Many went out to buy masks and the ones of apparently high enough spec to filter out the carcinogenetic particles quickly sold out.

And now multiple governments are telling their citizens that wearing masks is part of the steps they need to take to control the transmission of covid-19, part of the so-called ‘new normal’ we’re all going to have to fall into step with.

And as lockdown measures are slowly, hesitantly wound back, attention is being turned to how economies can recover from one of the biggest kicks in the guts it is possible to imagine: workers and customers being told to stay home.

The stakes are high – people have lost jobs, businesses are no longer viable, and personal and government debts have stacked up. Emergency measures cannot continue indefinitely – in due course the direction is going to have to be set for the post-covid economy.

What covid-19 revealed was that the economy of pre-covid days was one that stood on the shoulders of an army of low paid workers eking out a livelihood in very precarious work. The early stages of lockdown revealed that what kept communities ticking over was the foundational economy, local supply chains, and the generosity and kindness of neighbours helping each other get by.

What will ensure Scotland builds back better? Certainly not reverting business as usual – in fact, that will be impossible, what is more likely is a more toxic economic model than the one of pre-covid days. So instead, what is necessary is a proactive, concerted effort to use all the levers the Scottish government has to create a wellbeing economy: one that delivers social justice on a healthy planet.

Scotland has already created of the mechanisms that can enable this – they’ve just been underutilised. Now is the time to breathe life into them, doubling down on the timid steps already being taken rather than ditching them with a misplaced deference to old way of doing things which didn’t require too much prodding to be revealed as inadequate.

Here are some examples:

The goal of a wellbeing economy has been set in the National Performance Framework, the creation of WEGo, the First Minister’s TED talk, and the rhetoric about the February budget being a wellbeing budget (a dubious claim, but the sentiment counts for something).

If the NPF can be used more concertedly to guide the objectives of policy making and accountability of policy making, then the economy coming out of covid will begin to be one that could be described as a wellbeing economy.

If the learnings from others can be harnessed via WEGo and if the bold statements in the First Minister’s TED talk create space for civil servants wanting to be part of the transformation necessary, then the economy coming out of covid will begin to be one that could be described as a wellbeing economy.

And if next year’s budget truly is a wellbeing budget – featuring long term goals, cross-departmental collaboration, with an outcome focus and attending to root causes of wellbeing deficits – then the economy coming out of covid will begin to be one that could be described as a wellbeing economy.

And that brings us to the task force set up to guide the government on economic recovery post-covid. Others have raised an eyebrow at its composition and lack of unusual suspects (and, dare we point out, the lack of expertise on addressing poverty and ways to bolster Scotland’s renewable sector, let alone an economic system change expert). This is surely an own-goal – diversity will enable better ideas. But not wanting to judge it prematurely, its merit will depend on the extent to which it discards outdated recipes, recognises the dual goals of social justice and sustainability and that the best initiatives deliver on both fronts to deliver collective wellbeing for current and future generations.

Scotland has the talk and the templates for building a wellbeing economy. There are tentative moves in the direction of what is necessary. Now is not the time to turn away from them. Now is the time to breathe life into them, roll them out, scale them out and up in order to build back better.

Children of the Pandemic: Let’s make this generation the healthiest that has ever lived – by Kate Pickett and Richard Wilkinson 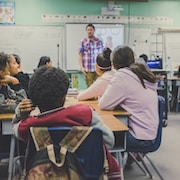 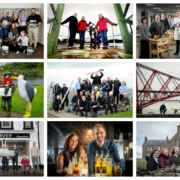