The barbaric murder of George Floyd has sparked a surge in global outrage at the violence and racism people of colour are forced to endure. What began as an aversion to an untimely death has rapidly spread to become a mass movement across country boundaries.

As the whole world navigates the repercussions of a pandemic together, the sense of community amongst local citizens has been invigorated. The extrajudicial killing of George Floyd has contextual significance as citizens everywhere are beginning to scrutinise their own establishments to demand a systemic revolution.

This fight against the injustice inflicted on black communities resonates deeply with me as a woman of colour in Glasgow. My family emigrated to Scotland as part of the ‘Windrush generation’. At first the diversity this generation of immigrants brought was celebrated as their talents were deployed to fill the shortages in the post-war labour market. People of colour played a crucial role in reviving the British economy and restoring harmony to society. Yet, the 2018 Windrush scandal unearthed rife systemic racism. The introduction of the UK government’s hostile environment policy led to an abundance of BAME British citizens being wrongly deported disregarding their lifelong contribution to society.

I spoke to family members living in Scotland and a friend who lives in England about their direct experiences of racism. Although there is a generation gap, they voiced harrowingly similar stories about the impact of racism on their aspirations and self-esteem.

My friend told me that for as long as she can remember, she’s felt inferior due to her race. She spoke of repeatedly suffering at the hands of strangers who hold negative views towards “people like her” stating, “my whole life people have said to me that as a black woman, I have to work twice as hard as my white friends just to show I have the same abilities”.

One of my family members spoke of a time where she had been made to feel unwelcome at work. A colleague said to her, “you come here to take our jobs and what’s worse is that you are black”. They discussed the constant struggle to be heard and respected because of the inherent assumption that they were “dumb and incapable” due to their skin colour.

The world faces an ultimatum; we can either #BuildBackBetter or go #BacktoWorse in the recovery from COVID-19. The pandemic and the symbolic case of George Floyd have revealed how entrenched our current systems are with inequality as they breed injustice and exist in conflict with the interests of BAME communities.

We have the opportunity to create wellbeing economies that prioritise long-term human health and ecological sustainability. It’s no coincidence that the #BlackLivesMatter movement is gaining such momentum in the wake of the pandemic: it is a unique moment to ensure that those who have historically been marginalised can have a leading role in rebuilding our economy and wider society.

In repurposing our systems to have compassion at their core, we must proactively confront systemic racism by radically transforming institutional practice to be in service of black lives, not at war with them.

I’d like to thank my Grandma Carmina and my friend Marta for bravely sharing their invaluable experiences of systemic racism. The way in which they have maintained their determination and strength in spite of lifelong discrimination is my biggest inspiration.

We must #SayTheirNames and honour the legacy of those taken from us too soon and create a world that is radically different, truly valuing black life. 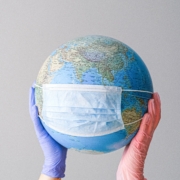 Build Back Better – What’s it going to take for Scotland? 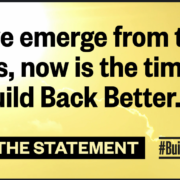 The British public wants to #BuildBackBetter to a Wellbeing Economy

Herald Agenda: Building an economy that works for all – Katherine Trebeck