A petition campaign is underway in the UK, demanding that the government at Westminster prioritises a shift to a Wellbeing Economy.

Launched by Brighton campaigner Laura Sharples, the petition seeks to garner 100,000 signatures by September so that the need for a Wellbeing Economy will be debated in Parliament.

WEAll’s Katherine Trebeck was part of the campaign launch event on 1 April, hosted by Caroline Lucas MP and featuring Beth Stratford (Leeds University), Clive Lewis MP, and Laura Sharples. You can watch the event below or here. The event was co-hosted by the All-Party Parliamentary Group on Limits to Growth, CUSP, the Wellbeing Economy Alliance, and Wellbeing Economics Brighton.

Laura Sharples said that she launched this petition campaign because “the economy is really about stories, but the mainstream narratives at the moment work to disempower us by disconnecting us from our communities and nature.

“The economy has been designed – and it can and must be redesigned.”

Caroline Lucas urged people to support the petition, saying: “The window of opportunity is open. That’s the exciting thing – we have a real chance for a fundamental economic reset.”

Katherine Trebeck affirmed this, saying: “This petition is so incredibly important. If we can get it to 10,000, or 100,000 signatures, it demonstrates to Government that there’s demand there, that this is what people want and they can be on the right side of history.”

“We urgently need the Government to prioritise the health and wellbeing of people and planet, by pursuing a Wellbeing Economy approach. To deliver a sustainable and equitable recovery, the Treasury should target social and environmental goals, rather than fixating on short-term profit and growth.More details

A narrow focus on GDP growth has led us to environmental, health and financial crises. The UK is the 6th largest economy in the world, yet roughly a third of our children live in poverty. Two thirds of the public want the Treasury to put wellbeing above growth. Scotland and Wales are already part of the Wellbeing Economy Governments alliance. As host of the COP26 climate summit, the UK Government should build and champion a Wellbeing Economy – at home and globally.”

With less than 200 days to go until the Senedd Election, Future Generations Commissioner for Wales Sophie Howe has launched her ‘Manifesto for the Future’, providing key recommendations that Sophie believes all political parties should consider within their manifesto work.

In this podcast episode from 4theRegion, Dawn Lyle speaks to Sophie about her role and her priorities as Future Generations Commissioner for Wales during an important time where the need to rethink and replan for the future is vital. We discuss many of the findings and recommendations in her ‘Manifesto for the Future’ which seek to highlight how we can recover and build back better. #BuildBackBetter#OurFutureWales

Read the Manifesto for the Future here: http://www.futuregenerations.wales/manifesto-for-the-future

The Welsh Government has announced its official membership of the Wellbeing Economy Governments (WEGo) partnership.

In a statement by Jane Hutt, Deputy Minister and Chief Whip, the government said:

“Covid-19 has dramatically changed our lives and will have a lasting and profound effect on all of us, on our economy, on our public services and on our communities. We cannot go back to business as normal, and need to plan for a Wales, shaped by the virus, that is more prosperous, more equal and greener, rooted in our commitment to social-economic and environmental justice. Last week, we joined the Well-being Economy Government (WEGo) Network and will be working with Scotland, Iceland and New Zealand – who all have a shared ambition to deliver and improve well-being through their economic approach.”

Alongside Finland, Wales has already participated in WEGo policy forums with the founding members Scotland, Iceland and New Zealand.

Jane Hutt went on to talk about the country’s pioneering Wellbeing of Future Generations Act:

“The Wellbeing of Future Generations (Wales) Act, with its seven well-being goals, provides a long term vision of Wales, agreed by the Senedd back in 2015, puts us on a strong footing to guide us in these unchartered water. Thinking about the long term, involving people, joining up policies and delivery of services, collaborating across all sectors, and focusing on prevention is crucial in working more effectively with people, communities and each other to prevent persistent problems such as poverty, health inequalities and climate change. In the First Minister’s statement on the Framework to Lead Wales out of the Coronavirus Pandemic  the Future Generations Act is part of the principles by which we will examine proposed measures to ease the current restrictions, grounded in both scientific evidence and wider impact.”

If you’re based in Wales and would like to get involved with helping promote and build a wellbeing economy there, we can connect you to the team setting up the brand new WEAll Cymru hub. Get in touch at info@wellbeingeconomy.org mentioning Wales in the subject line.

Read the full statement and find out more about the Wellbeing of Future Generations Act here.

Find out more about the Wellbeing Economy Governments partnership here.

WEAll Wales founder Duncan Fisher has written a series of four visionary articles on the Institute of Wales Affairs website, designed to encourage and guide Wales towards becoming a wellbeing economy.

Last week we shared the first of the series here.

You can now read all four at the links below. 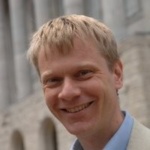 If you’re interested in getting involved with WEAll work in Wales, contact Duncan here. He is in the process of establishing a new WEAll hub in Wales and is keen to connect with like-minded people and organisations to build momentum.

The newest WEAll place-based hub is developing quickly in Wales, with seasoned campaigner Duncan Fisher taking the lead on pushing for a wellbeing approach to economics.

Now, Duncan argues in the first of a series of policy-focused articles for the Institute of Welsh Affairs (IWA), it is time ” for wellbeing economics to be made the lynchpin of economic policy in Wales, replacing the central pursuit of growth.”

“It is quite evident that fundamental system change is absolutely and urgently required and that there is a long way to go to achieve it but very little time. I believe that shifting to wellbeing economics is fundamental to such system change.

The purpose of these four posts is to float ideas and invite reaction and rapid discussion. The global organisation, Wellbeing Economy Alliance, provides an invaluable resource for discussions everywhere in the world. The Alliance has provided great help to me in composing these posts.

At the end of the series, after assessing the feedback to the first three pieces, I will float ideas for what more we could do in Wales to hasten the journey towards system change. The Wellbeing Economy Alliance stands by ready to help, connecting us with the best minds and activists across the world.”

Read Duncan’s full post on the IWA website here – we’ll be sharing his future posts when they’re published, too.