Post the Crash, we seemed set for economic revolution. 10 years later and here we are – still waiting, entangled in an economic system that is just as addicted to GDP growth as it was 10 years ago. So, how best to bring about the long overdue revolution? What ways are there to contribute to shifting and opening up the narrow systemic focus, from mere growth for its own sake to sustainability, wellbeing and genuine prosperity?

At Promoting Economic Pluralism, we think that part of the answer is changing economics education. The language of economics is the language of power and many students are required to learn it both in economics departments and as part of interdisciplinary masters. At the moment it is generally taught as if there was only one way of thinking about economics and that certainly involves endless growth.

However that is not true of all courses: some lecturers are more pluralist in how they teach economics. This means recognising that there is more than one way of thinking about the economy and encouraging critical reflection. These lecturers draw from a wide range of economic traditions such as ecological, institutional, complexity and post-Keynesian economics. Although this is often referred to as new economics, in fact its roots go back to the 1930s and further. There is a wealth of scholarship and literature, which is largely ignored by the mainstream.

This provides the space for the main economic theology of growth, self-interest, shareholder dominance etc to be challenged. It gives students tools to then question the policy and perspectives based on economic orthodoxy that they are likely to encounter later in work. It also provides ideas on which to base new innovative approaches to tackling the social and environmental challenges we face. Students are likely to come ideas of social enterprise, wellbeing, ecological limits and more, that mainstream economics would ignore.

We have chosen to start with masters courses as university departments have much more flexibility over what they can teach at this level. Students from these courses will also be entering the ‘real world’ very soon to use their learning.

There are many departments and centres teaching these courses as can be seen here. It is happening in the same high ranking universities where the economic departments themselves defend the status quo. However the courses have a whole range of labels. For the uninitiated, it is not obvious they take a pluralist approach to economics.

Hence we want to co-create an accreditation system so they can have a common identity and ‘brand’.  The point of this is not to determine what economics is ‘right’ or which courses are ‘best’. It is to build a shared sense between those inside and outside of academia of what economic teaching looks like that fosters creativity and critical thinking to address real world issues and genuinely transform the economic system. Then potential students can easily and confidently find these courses.  We will also of course work closely with Rethinking Economics and the student movement to magnify this effect.

To turn this idea into reality, we want to invite you to participate in actually co-creating the scheme.

This doesn’t mean that you necessarily have to get involved in the detail or devote huge amounts of time to it. We will ensure people can give their views on the principles and broad approach as easily as possible. Please sign-up here to be involved and if you first want to find out more, sign up for a webinar here. And please make sure to also register your public support for this initiative here! It is crucial that we demonstrate a diverse and wide-ranging support for this initiative. Your voice matters.

For more info about why we think this is the road to much needed change in economics check out our website and have a look at our latest blog here.

238 leading academics wrote an open letter to the EU this weekend, calling for the prioritisation of stability and wellbeing over GDP.

The experts, including WEAll Ambassador Kate Pickett, mention the vital role of WEAll in connecting the existing and  emerging wellbeing economy movement.

Read the full letter below or on the Guardian website here, where you can also see all the signatories.

If you agree with their call, you can add your voice by signing this petition to the EU.

“This week, scientists, politicians, and policymakers are gathering in Brussels for a landmark conference. The aim of this event, organised by members of the European parliament from five different political groups, alongside trade unions and NGOs, is to explore possibilities for a “post-growth economy” in Europe.

For the past seven decades, GDP growth has stood as the primary economic objective of European nations. But as our economies have grown, so has our negative impact on the environment. We are now exceeding the safe operating space for humanity on this planet, and there is no sign that economic activity is being decoupled from resource use or pollution at anything like the scale required. Today, solving social problems within European nations does not require more growth. It requires a fairer distribution of the income and wealth that we already have. 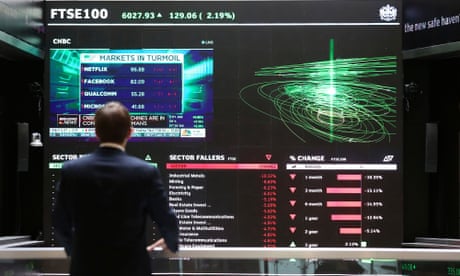 Growth is also becoming harder to achieve due to declining productivity gains, market saturation, and ecological degradation. If current trends continue, there may be no growth at all in Europe within a decade. Right now the response is to try to fuel growth by issuing more debt, shredding environmental regulations, extending working hours, and cutting social protections. This aggressive pursuit of growth at all costs divides society, creates economic instability, and undermines democracy.

Those in power have not been willing to engage with these issues, at least not until now. The European commission’s Beyond GDP project became GDP and Beyond. The official mantra remains growth — redressed as “sustainable”, “green”, or “inclusive” – but first and foremost, growth. Even the new UN sustainable development goalsinclude the pursuit of economic growth as a policy goal for all countries, despite the fundamental contradiction between growth and sustainability.

The good news is that within civil society and academia, a post-growth movement has been emerging. It goes by different names in different places:décroissance, Postwachstum, steady-state or doughnut economics, prosperity without growth, to name a few. Since 2008, regular degrowth conferenceshave gathered thousands of participants. A new global initiative, the Wellbeing Economies Alliance (or WE-All), is making connections between these movements, while a European research network has been developing new “ecological macroeconomic models”. Such work suggests that it’s possible to improve quality of life, restore the living world, reduce inequality, and provide meaningful jobs – all without the need for economic growth, provided we enact policies to overcome our current growth dependence.

Some of the changes that have been proposed include limits on resource use, progressive taxation to stem the tide of rising inequality, and a gradual reduction in working time. Resource use could be curbed by introducing a carbon tax, and the revenue could be returned as a dividend for everyone or used to finance social programmes. Introducing both a basic and a maximum income would reduce inequality further, while helping to redistribute care work and reducing the power imbalances that undermine democracy. New technologies could be used to reduce working time and improve quality of life, instead of being used to lay off masses of workers and increase the profits of the privileged few.

Given the risks at stake, it would be irresponsible for politicians and policymakers not to explore possibilities for a post-growth future. The conference happening in Brussels is a promising start, but much stronger commitments are needed. As a group of concerned social and natural scientists representing all Europe, we call on the European Union, its institutions, and member states to:

2. Incorporate alternative indicators into the macroeconomic framework of the EU and its member states. Economic policies should be evaluated in terms of their impact on human wellbeing, resource use, inequality, and the provision of decent work. These indicators should be given higher priority than GDP in decision-making.

3. Turn the stability and growth pact (SGP) into a stability and wellbeing pact. The SGP is a set of rules aimed at limiting government deficits and national debt. It should be revised to ensure member states meet the basic needs of their citizens, while reducing resource use and waste emissions to a sustainable level.

4. Establish a ministry for economic transition in each member state. A new economy that focuses directly on human and ecological wellbeing could offer a much better future than one that is structurally dependent on economic growth.”