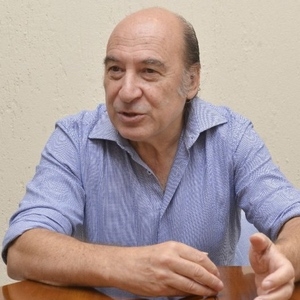 In 1984 Pedro co-founded Fundación Ambiente y Recursos Naturales in Argentina and was Managing Editor of the first environmental law journal in Spanish. He promoted public participation mechanisms such as public hearings and free access to information, and environmental legislation covering water and air pollution, environmental licensing and institutional frameworks.

In 1992 he facilitated preparatory processes to the UN Conference on Environment and Development by Latin American civil society organizations and media-bridge building between business and government. In 1997 he launched the first AVINA Representation in Latin America and helped start up in Chile, Peru, Uruguay and Colombia. Pedro led AVINA’s international bridge building strategy focusing on issues such as democratic governance, arts and social transformation.

Pedro co-founded Emprendia, the first B Corp in Argentina, and became a board member and shareholder of Guayakí, a beverage firm that includes ecosystem regeneration and social inclusion in its core business.

He is co-founder of Sistema B, an organization dedicated to promoting B Corps in South America, and he is highly engaged in the globalization of the B Corp movement together with B Lab from the U.S.