An economist, a songwriter and a puppet designer walked into a recording studio.

What came out? An economics puppet rap battle, of course.

Their 7-minute video stars puppets pitched in a rap battle with their economics professor. The project’s aim is to equip economics students and teachers with a playful but insightful critique of Rational Economic Man, the outdated depiction of humanity at the heart of mainstream economic thought.

A synopsis of the storyline:

Dissatisfied with the model of man presented in their economics lesson, three students visit their professor and embark on a rap battle to debate the very nature of humankind. While the professor argues that Economic Man – a rational, self-interested, money-driven being – serves the theory well, the students counter that a more nuanced portrait reflecting community, generosity and uncertainty is now essential. A musical puppet adventure challenging the heart of outdated economic thinking ensues.

Kate Raworth is the author of the internationally acclaimed book Doughnut Economics: seven ways to think like a 21st century economist (Penguin Random House, 2017). ‘One of the most dangerous stories at the heart of 20th century economics is the depiction of humanity as rational economic man’ she says, ‘He stands alone, with money in his hand, ego in his heart, a calculator in his head and nature at his feet. In making this video, we wanted to make clear – as playfully as possible – that this absurd portrait is deeply out of date.’

The project was funded by the Network for Social Change and the video is being disseminated widely online. A full set of the lyrics is available for teachers and students who want to bring the details of the debate to life in the classroom.

Wondering what WEAll is all about, and what we’re hoping to achieve?

Amp team members Katherine and Lisa wrote a piece for the Transforming Capitalism Lab, part of our member The Presencing Institute.

Read it here and join the discussion.

I was thrilled to be part of the international Rethinking Economics summer gathering earlier in August.

Rethinking Economics (RE) is an international network of students, academics and professionals aiming to build better economics education and thus contribute to transformation of the economic system.  RE is a WEAll member and we headed to their gathering to explain what WEAll is doing and our vision, and make connections between the work of RE and the wider movement.

This was a really special event – by the time I arrived on day 4, the participants were clearly a really tight group. Despite having already had four intense days of strategic planning and plotting to change the world, energy and enthusiasm levels were through the roof. I reckon there are a few world changers in this group!

I supported Rowan from RE to run the opening session on day five, encouraging students to work in their national or regional groups to use power mapping tools. They each mapped out the different external stakeholders who have influence over their university curriculum and came up with strategies for working with at least one of these to create change in the new semester. The depth of strategic thinking was really impressive for a short session!

Then it was time to deliver a presentation on what WEAll is all about and I was delighted to have a packed room full of people curious to learn about us. I started by asking everyone to say what they think a wellbeing economy is or includes, and the answers were brilliant – all completely in line with WEAll’s definitions! (see the photo) It was great to get an overwhelmingly positive response to my short workshop, and a wee queue of students keen to discuss collaboration at the end.

Myself and the other presenters were swept up in the busy afternoon of workshops, and I had so much fun as part of Team Meme Machine creating memes that RE can use during the #10yearson campaign (watch this space). We were also grateful to be welcomed into the brilliant (late night!) closing party, complete with quiz and talent show. These Rethinkers know how to have fun.

It seemed there was a meaningful connection with WEAll to be made with every Rethinking Economics group, and the other presenters I spoke with to – being part of this incredible Gathering made me more sure than ever that WEAll as an alliance to connect the wellbeing economy movement is really needed. It also gave me a real boost that with the energy and talent that already exists within the movement, we really can succeed in our ambitious goals.

Katherine Trebeck, WEAll Policy and Knowledge lead, sat down with Brazilian media outlet “This is not the truth” to explore the need for a wellbeing economy and how we can get there.

Each month, the WEAll Amplification team (Amp team) shares what they’ve been working on, and their priorities for the coming month.

Find out more about our team members here 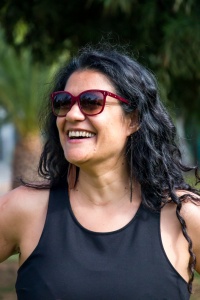 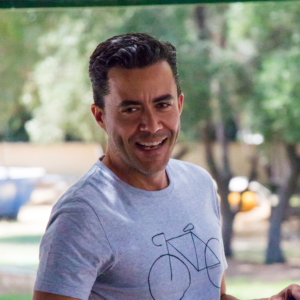 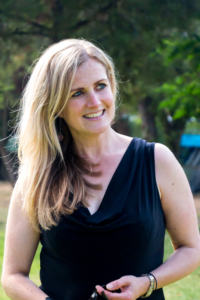 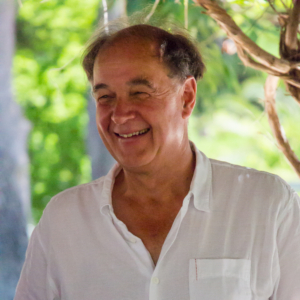 Stewart has been enjoying a well-earned rest in August and September – after coming out of retirement to help set up and run WEAll, he has temporarily re-retired!

But that didn’t stop him spending a couple of days in Amsterdam building relationships on behalf of WEAll. Stewart will be working again in late September.