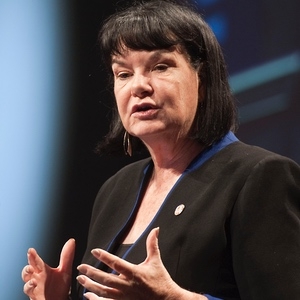 A passionate advocate and campaigner for social justice, women’s rights, the environment and labour law reforms, Sharan has led union negotiations on major economic reforms and labour rights campaigns in her home country of Australia and globally.

Sharan’s global roles include being a Board Member of the UN Global Compact, Panel Member of UN Secretary General’s High Level Panel on Women’s Economic Empowerment, Vice Chair of the B Team, Commissioner for the New Climate Economy, Ambassador for the Food and Land Use Coalition, Chair of the Just Transition Centre and Member of the WEF Global Future Council on the Future of Production. In both 2016 and 2018 Sharan was co-chair of the WEF Annual Meetings in Davos.